1. What sparked your interest in archaeology?

I really give credit to my grandparents who were rock hounds. I used to go out with them and find rocks. My grandfather had a rock saw and used to make different items from them such as book ends or jewelry. I was amazed at how an old rock that was so rough and jagged on the outside was absolutely beautiful on the inside. Some of the most beautiful rocks like that are agate. Rock hounding naturally led into finding arrowheads I thought that was intriguing as a young boy. You mean this was a real tool that a Native American used to live off the land? Wow! I was hooked. Each artifact told a story no matter if it was a stone tool or a piece of pottery. Someone had made it. It was living history & I wanted to know more. Over the years, that meant learning about the area I was in. You would often find me in the local museum at first but I loved getting out to the place where adventure & history blended. I was a natural and wanted to know more.  Archaeology became something much more since the days of taking vacations, stopping at almost every historical marker, visiting old cemeteries, and jumping out to take photos. It became a passion of learning for me.

“Those who don’t know history are doomed to repeat it.” – Edmund Burke

Archaeology can blend with other fields of learning such as geology, paleontology, etc. It was fascinating to know about the past and what it means today. Edmund Burke said, “Those who don’t know history are doomed to repeat it.” So history and archaeology can teach us if we let it.

2. Looking back, what were some of the mysteries or stories that are on your bucket list to solve or prove? 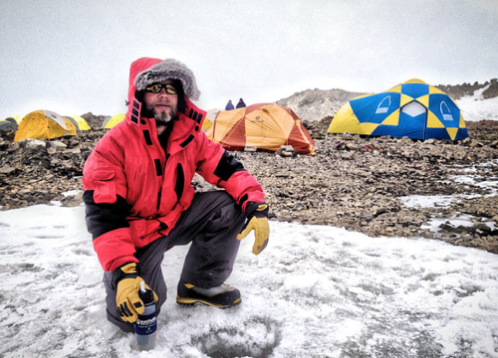 Obviously, the Mt. Ararat expedition in 2013 in search of Noah’s Ark has been my greatest so far. Our expedition was chronicled in a documentary film called FINDING NOAH in 2015. It is the largest theatrical documentary film to be released in theaters. We still have work to do on Mt. Ararat as we systematically rule out areas on the mountain. However, with the recent events in Turkey, it is very questionable if we will ever get permits to continue the search.

3. I would love to hear about how your research projects have impacted you personally.

It is true I’ve had some sacred cows slaughtered in the course of discovery. One example is the Decalogue Stone in New Mexico. The Los Lunas Decalogue Stone is a large boulder on the side of Hidden Mountain, near Los Lunas, New Mexico, that bears an ancient inscription carved into a flat panel in the rock. The stone is also known as the Los Lunas Mystery Stone. The inscription is interpreted to be an abridged version of the Decalogue or Ten Commandments in a form of Paleo-Hebrew. Many modern scholars now seem to agree that the rock inscription is indeed an abridged version of the Decalogue or Ten Commandments. The tetragrammaton YHWH, or “Yahweh,” is written four times throughout the inscription. The stone is controversial in that some claim the inscription is Pre-Columbian, and therefore proof of early Semitic contact with the Americas.

The first recorded mention of the stone is in 1933, when professor Frank Hibben, an archaeologist from the University of New Mexico, saw it. Hibben was led to the stone by an unnamed Indian guide who claimed to have found it as a boy in the 1880s. The 1880s date of discovery is important to those who believe that the stone was inscribed by a lost tribe of Israel. The Paleo-Hebrew script is practically identical to the Phoenician script, however, it also uses a combination of Samaritan and Greek letters. This has led others to conclude that the Phoenicians sailed into the Gulf of Mexico, then up the Rio Grande, then taking the Rio Puerco leaving behind the strange inscription.

I do believe there is evidence of Phoenician contact in the Americas but there is a major flaw using the Decalogue Stone as such evidence. Upon further investigation with multiple field trips to the site, researching the libraries of Albuquerque and Santa Fe, I uncovered a little known fact that had been grossly overlooked.

Watch the film “Hidden Mountain and the Los Lunas Mystery Stone” and learn more on my blog at www.manvsarchaeology.wordpress.com

4. Which project of yours do you feel will have the biggest impact on the comprehensive history of the world?

The Dead Sea Scrolls are the greatest archaeological find of our time. It vetted every book of the Old Testament with the exception of the book of Esther closing a 2,000 year gap. Amongst the findings, were the apocryphal book of Enoch and the book of Giants, amongst many others. Having said that, I believe the biggest impact on the comprehensive history of the world would be to confirm a superstructure such that of Noah’s Ark on Mt. Ararat in Eastern Turkey. Such a discovery would confirm the ancient accounts in the Book of Genesis and in over 260 flood legends from other cultures around the globe. This should change everything we know regarding mans’ history.

5. Please tell us of some of your experiences that will help in our research of the Starchild Skull.

In 2014, I was asked to be the consulting archaeologist for LA Marzulli in Peru to research the Paracas pre-Incan culture. We had a stellar team including: Richard Shaw, Chase Kloetzke, Joe Taylor, Jillian Peck, and Ron Moorehead.

We met with the director of archaeology in Lima and were shown some of the back rooms at the National Museum of Archaeology. Peru is rich with cultural history. I was really amazed at their culture. From the Nazca lines to Cusco, archaeological sites in Peru are numerous and diverse, representing different aspects, including temples and fortresses of the various cultures, such as the Moche and Nazca. Our travels also took us into Puma Punka and Tiahuanaco of Boliva.

Our work, however, was to investigate the elongated skulls. I was asked to study four specific elongated skulls. My final report was written in Marzulli’s book, “On the Trail of the Nephilim” Vol. 2.  I also published it in my field journal – “The Mystery of the Elongated Skulls”. It was with this high performance team that we filmed Watchers 8. We were given permission by the late director of the Paracas History Museum to unwrap a 2,000 year old infant elongated skull – the only one like it known to date in Peru. The team was astonished at what we discovered.  With my prior work on the elongated skulls, I was asked to join this team.

6. What are your reasons for joining the team for the investigation of the Starchild Skull? What do you hope to accomplish?

I want to see the case eventually solved with empirical scientific data.

7. What will be your role in the investigation of the Skull?

8. What other upcoming projects do you have in the horizon – that you’re allowed to talk about?

This year of 2016, the Israeli authorities have granted us a permit to excavate at Qumran, the famous site of the community that produced the Dead Sea Scrolls. This is an extraordinary opportunity for me to work with lead archaeologist Dr. Randall Price and archaeologist Bruce Hall – both of whom I worked with in the documentary film FINDING NOAH.  This world-renown site is historically famous for being where the majority of the Dead Sea Scrolls (or DSS) were discovered in 1947 in Qumran. Cave 4 of Qumran is considered to be one of the most important archaeological finds.

The discovery of a new cave at Qumran holds promise of being an ancient repository that could contain treasures such as artifacts, coins, and scroll jars with scrolls. Only an excavation to discover what lies beneath the sands of time will enable us to solve this mystery. I will serve on the archaeological team under Dr. Price and a team of volunteers who will assist in the excavations. The dig has been given a narrow window from the end of December 2016 into the first weeks of January 2017. You can learn more at www.fundrazr.com/DeadSeaCave2016.

9. What is one thing you would like our readers to know about you?

My nickname is Maverick. See “25 Things About Maverick You Don’t Know” at www.AaronJudkins.com

10. Please share with us an inspirational quote that has motivated you to continue doing the work you do. 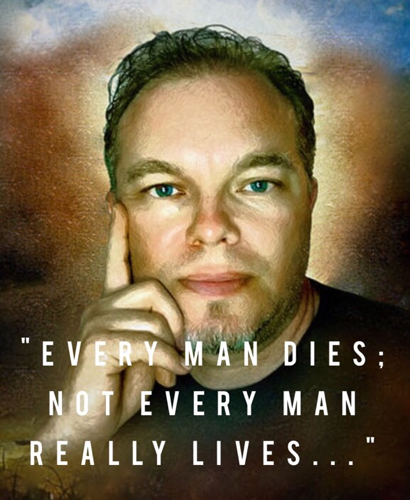 Thank you, Dr. Judkins, for contributing your talents and vast knowledge to the investigation into the Starchild Skull! Good luck with all of your exciting future endeavors! We can’t wait to see what the results are.

One thought on “Interview with the Maverick Archaeologist – Dr. Aaron Judkins”